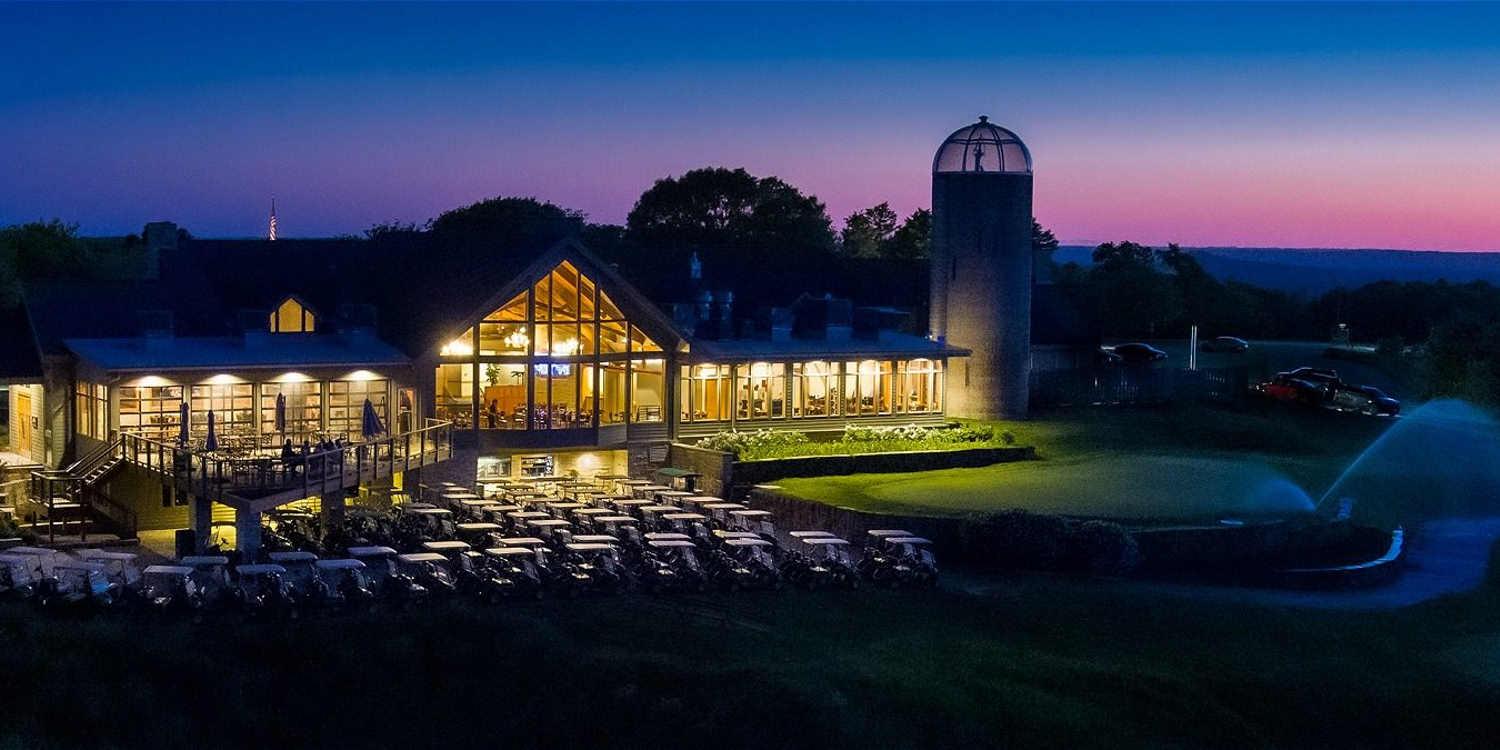 Over my 31 years of writing up golf course reviews, I am always struck by the superlatives needed to justly describe Eagle Ridge Resort & Spa. Across the 57,915 square miles that make up Illinois, no land compares to the hills and dales that create the breathtaking scenery of The Galena Territory. As a resort destination, no other property in the state serves up 63 holes of championship golf. And as a storyline, no other locality over the entire Land of Lincoln incorporates a colorful history that weaves lead mining together with nine Civil War generals, Mark Twain and luxury lifestyles.

Long before America declared independence, northwestern Illinois was listed on a French map as "mines de plumb" due to the rich deposits to silver sulfide, calcite, fluorite and lead sulfide found across the region. The main ore of lead is called galena. And when a specific corner in Western Illinois was discovered to be rich in this valuable mineral, the Upper Mississippi Lead Mine District was established by the U.S. Congress in the early 1800s. The hub town of the district was named Galena in 1826.

Only a few decades into its existence, Galena was the busiest port between St. Paul and St. Louis. As many as 15 steamboats at a time docked along Water Street. At the height of the lead boom, a remarkable 54 million pounds of lead were shipped annually from a city which had quickly grown to over 10,000 by 1828-a remarkable figure considering that Chicago's population in 1830 was approximately 100.

Even as mining was making Galena a boom town, the area's raw beauty and proximity to rail service and the Mississippi River made it an attractive vacation by the 1850s. When Ulysses S. Grant returned to visit Galena (where he'd run a leather goods store with his brothers) following the Civil War, over 25,000 from across the Midwest descended on the town to greet him. Wealthy supporters went so far as to build the general a new house as a gift. Even though Grant and his family rarely stayed at the home following his election as president, the Grant Home has remains a significant tourist attraction to this day. The construction of U.S. Grant Highway in the mid-1920s (now called Hwy. 20) brought the community a second economic boom that included restaurants, shops and hotels.

In hindsight, it is hard to believe that it wasn't until 1970 that the spectacular 6,800-acre land was developed just outside of Galena to create Eagle Ridge Resort & Spa. The rolling hills and scope of the Galena Territory make the property one of the state's most dramatic landscapes. How dramatic? From at least one vantage point of the property (the 14th tee on The General golf course), hotel guests can see parts of both Iowa and Wisconsin. Even before the completion of the resort's construction, golf was planned as an anchor of the complex. The acclaimed father/ son design team of Larry and Roger Packard was hired to build the North Course in 1975. A year following the formal opening of Eagle Ridge Resort & Spa in 1981, the South Course was designed by the Packards and then opened to national acclaim in 1984. The fireworks didn't stop there. In 1991, after the delightful 9-hole East Course was built and the main lodge and conference center were reconstructed following a fire, plans were put in place for a marquee course to be built on rugged land located near the complex's entrance. Designed by Roger Packard and two-time U.S. Open champion Andy North, The General was an instant sensation when it opened in 1997 and earned best course of the year honors issued by national golf magazines and to this day holds a place in most Top 100 You Can Play in the USA lists.

While Eagle Ridge Resort & Spa always maintained its status as the state's premier golf resort, new management has invested millions of dollars and resources to bring both the golf courses and the entire resort facility up to new standards of excellence. A recent visit to the property featured elegant accommodations, excellent food, thoughtful personnel and spectacular golf.

As a visitor to Eagle Ridge since its inception, I have long held a close affinity to the original two golf courses that brought fame to the resort. While neither the North nor South courses can match The General in topography or spectacular scenery, both belong on any golf reviewer's list of the state's top 20 layouts. The front nine of the North Course begins on a flat piece of land and then gracefully snakes its way into a lush valley before climbing upwards to the spectacular par-3 No. 8. An elevated tee overlooks a small finger of Lake Galena. A large horizontal bunker in front of the green actually serves as a friend to the golfer whose tee shot falls short of the green as the hazard serves to keep the ball from rolling back into the lake. A large circular green rests inside a cove of mature trees and one bunker that includes a rock formation. This hole, alone, is a reason to play the course.

After a trip back up the ridge to play the 9th hole, the course very quickly drops back into a valley on the epic par-5 No. 11 which begins from an elevated tee and funnels toward a protected green. A par or better on this hole foretells a good final score.

The highlight of the back nine is another long par-5, the 566-yard No. 16. A good tee shot is required to set up a daring downhill pitch shot to a green tucked into a cove. Club selection on this approach is critical due to a drop-off of over 40 feet to the flagstick.

The South Course is only a short drive away from its counterpart yet rests on far hillier and rugged terrain. What looks like a grassy ski slope from the clubhouse steps is actually the fairway of the spectacular downhill No. 18. The primary hazard is a relatively narrow stream which comes into play on 11 holes. While the course starts with a flat, winding par-5, it quickly moves into a cove of woods which protects the 2nd hole with more woods, water and a rock outcropping all presented on the tight No. 3.

The highlight of the front nine is beautiful but difficult 174-yd. No. 7. While the hole plays slightly shorter due to an elevated tee, forest to the left of the green and a natural wall of grass and stone to the right force an extremely accurate shot. A par here feels like a birdie.

The highlight of the back nine is the aforementioned par-4 No. 18. Enjoy the splendid view before you play the hole as the tee shot, itself, might lead to a bogey or worse. Besides the severe elevation change, woods left and right are complemented by the aforementioned stream which cuts across the fairway. Playing short of the stream (a prudent move) sets up a long approach to a large elevated green. What a hole!

The name for The General is a reference to General Ulysses S. Grant who resided in Galena prior to the break out of the Civil War. Almost everything about this course is outsized-from the span of the golf course, to the amazing view on some holes, to the unique challenges a few holes present. Like a classic opera, the course starts slowly and then builds up to a spectacular finish. My favorite hole on the front nine is the 505-yd. 6th hole which doglegs right around a pond as it climbs upwards on a ridge. A long tee shot is required as the hole narrows on the second shot and the final approach. The green on this hole (and most others) is large and rolling.

No description of The General (or the golf experience at Eagle Ridge, for that matter) is complete without a detailed description of the stunning par-4 No. 14. Indeed, an argument can be made that the view from this tee, alone, is worth the cost of the green fee. Perched 180-feet above the fairway, the tee provides a stunning view of the Wisconsin, Illinois and Iowa landscape. Because of this severe elevation change, it is downright disorienting to calculate the distance to the landing area. The best play here is to his a fairway wood or hybrid off the tee to set up a short approach to the green. Woods to the left and right make that task difficult.

Along with its distinction as the state's premier golf resort, Eagle Ridge Resort & Spa also boasts some of the best resort accommodations in the Midwest. The inn offers elegant rooms that provide instant access to three outstanding restaurants (headlined by The Highlands which overlooks The General), an indoor pool and the Stonedrift Spa (featuring 10 treatment rooms). Guests also have the option of renting homes and villas which line the golf course with some built deep in isolated wooded areas. The villas are available in 1 - 3 bedroom configurations while the home options go from 3-bedroom to 6-bedroom.

Beyond golf, activities at the resort encompass everything from horseback riding to ziplining to fishing to hiking/biking to hot air balloon rides. Truth be told, one of the highlights of any visit to the resort is the sight of hot air balloons rising above the valley just after sunrise.

No visit to Eagle Ridge Resort & Spa is complete without a visit to the historic town of Galena a short ride away from the complex. On one compact stretch of street, shoppers can locate everything from antiques and art to fashion and furniture. Also enjoy the architecture of the homes, particularly the Dowling House which was built in 1826 and is recognized as the oldest building in the community. 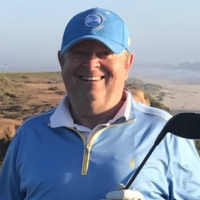 Neal Kotlarek has written about the Midwest golf scene for 44 years. He lives in Chicago. 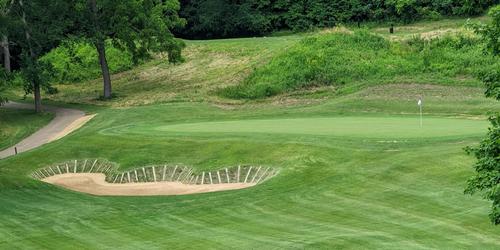 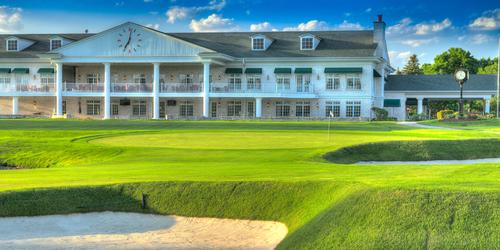